NewsPaperthe art of publishing
Home News A cathedral choir is for the glory of God, not church officials
0

A cathedral choir is for the glory of God, not church officials 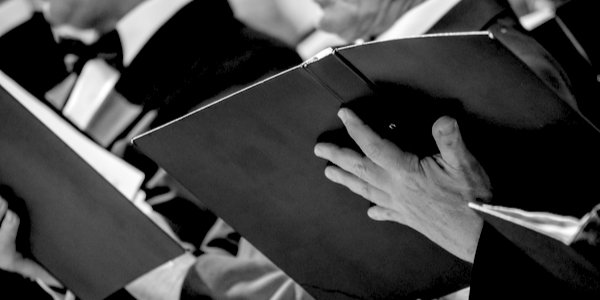 I WAS deeply saddened to see Sheffield Cathedral close their choir after 400 years, with a view to restarting next year in a more ‘diverse’ format.

In my experience as a cathedral chorister (volunteer, not professional), Glasgow Cathedral Choir, St Mungo’s, Church of Scotland (1984 – 1988), cathedral music is about excellence.

Also in my experience, you can have excellence, or you can have quotas. The minute you start with quotas (which is what ‘diversity’ means in this context), you can forget excellence. And what’s the point of having a cathedral choir if it is not excellence?

Anyone who has been privileged to hear Choral Evensong, that uniquely English service, with especially an all-male choir at the top of their game, in an English cathedral, will understand that sometimes, when we reach towards perfection, we are in the presence of the Almighty.

Sometimes top sportsmen feel it too, for example Formula 1 drivers talk about getting in a ‘perfect lap’, and how it feels somehow different, and special.

What made the situation far worse is the Dean’s address on this, delivered instead of a sermon, which included this quote:

‘However, for many years only two or three people, and sometimes no one at all, have attended Choral Evensong on weekdays; fewer people are now attending Choral Evensong on Sundays too. Our worship is offered primarily to the glory of God, but it must surely give us pause if we put such great effort into our choral music, and only a handful of people join us for this.’

The point about church music is that it’s not just for the human listeners, it’s also for God, who always hears prayers whether spoken, sung or thought.

Any cathedral taking any other stance is measuring the Godly by temporal standards.

Note the subtle ‘it must surely give us pause if . . . only a handful of people join us for this’. First the truth, then the lie.

So, Dean, have you tried anything different? (no) Have you altered the timing of services? (no, according to what is said later on) Have you consulted the choristers and their families (no). So why close it down altogether? What’s really going on here?

And, on a practical level, if it’s too expensive to run a full-time choir, by all means go to Sundays and special occasions only. But don’t throw out 400 years of continuous, living tradition and culture simply to show how ‘woke’ you are.

As the shortest verse in the Bible, John, Chapter 11, verse 35, reads: Jesus wept.

If you are as passionate about church music as I am, there is a petition which can be signed here.

Margaret Ashworth writes: On the topic of choirs, a reader has sent this Zoom performance of the Scottish folk song O Waly, Waly by members of the Havering Singers, http://www.haveringsingers.org.uk recorded individually on their laptops during lockdown and put together by their director Jonathan Rathbone.

Rathbone, a former member of the Swingle Singers, is also a composer and arranger, and played the instrumental parts.

His other work is with professional choirs and here is a performance by the VOCES8 ensemble of his setting of Thomas Hardy’s poem The Oxen.

Janet Greenwood
Janet Greenwood is a chemical and environmental consultant who lives in West Yorkshire with her husband and two hyperactive working cocker spaniels.