A blank cheque for Boris 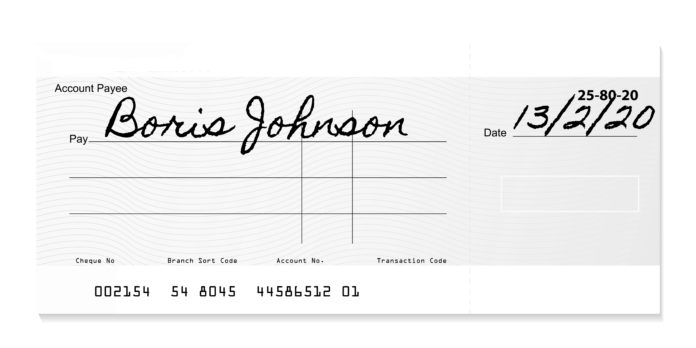 CONGRATULATIONS to Ed Miliband. It seems that his policy of tax and spend has won the day, eventually. With the departure of Sajid Javid, who was pushed out of the office of Chancellor, we can say goodbye to any restraint being placed upon Prime Minister Johnson’s spending plans.

I was not that familiar with the work of our new Chancellor Rishi Sunak but he is loyal to the Prime Minister so it is safe to say that he will not put up much of a fight when it comes to spending money we do not have on projects such as HS2 and the green industry that will have to subsidised if we are to reach the absurd target of zero carbon emissions by 2050. As James Delingpole has said: We vote Boris, and we get Jeremy Corbyn.

In fact, as I said immediately after the election, although we were all joyous at having dodged the Marxist budget, it was the folks at the Adam Spliff Institute and the Institute of Economic Affairs that I felt sorry for. We are in a new era of Big Spending Conservatism and Thatcherism is dead. They will have a tough job keeping Boris in line.

I doubt there are any deficit hawks left in the Treasury or Number 10. Truly, Johnson is going to be spending taxpayers’ money like Elton John in a flower shop. And there is no one at the Treasury to stop him.